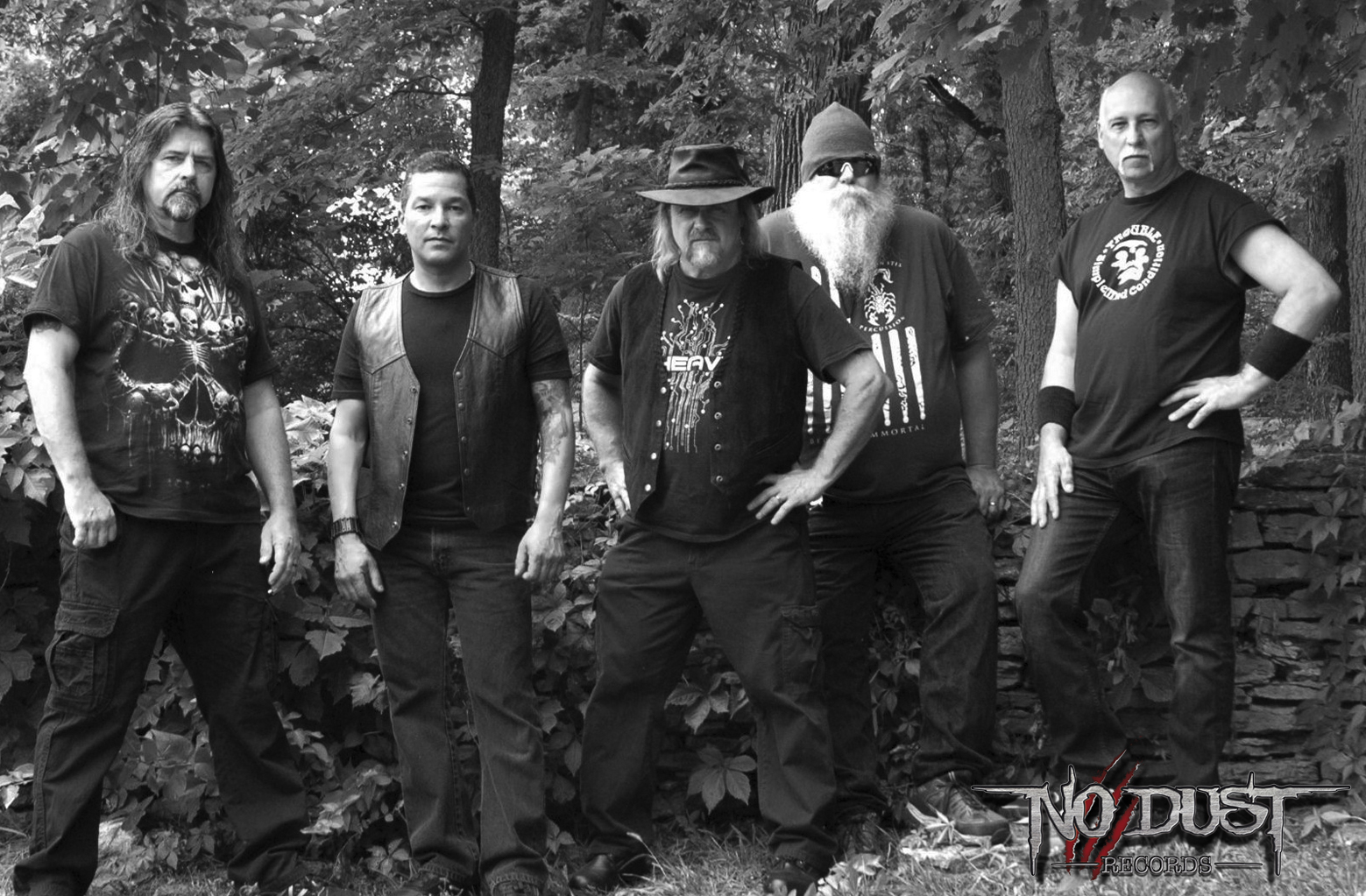 The SPILLAGE story so far

Tony felt it was time to move on, and relocated to Arizona where he started working on his solo record called Spillage  During this time he continued working as a guitar technician for Trouble, Prong and Ministry.

In November of 2007 Tony moved back to Chicago. While working as a stage manager and back line technician, Ron Holzner called him

to work for his “new” band, Earthen Grave.  Earthen Grave was founded late in 2008 by Jason Muxlow, Scott Davidson and Ron Holzner ... Ron asked Tony to join EG.  Along with vocalist Mark Weiner and violinist Rachel Barton Pine, Earthen Grave recorded their debut record with Ripple Records after winning the Chicago music awards for the best new bands.  Opening for numerous national acts, festivals, touring, tv performances EG called it a day.  This gave Tony time to go full throttle into SPILLAGE.  Having most of the material already written for the debut record Tony contacted longtime friend Bruce Franklin of legendary band Trouble to produce and play on the record with Lothar Keller of Sacred Dawn and Divinity Compromised on vocals.  To complete the lineup Tony reunited with longtime friends Chris Martins on drums, Nick Bozidarevic on guitar and Paul Rau on keyboards, who together have about 30 years of collective experience playing music with each other.  Adding Willie Max Herzog on bass the lineup is complete.  SPILLAGE released its debut record on June 30th 2013 on Qumran records.  After doing some touring and festivals( including Mike Smith’s renowned Days Of The Doomed festival) other band commitments required Lothar and Willie to move on to other projects.  So Tony brought on longtime friend Billy McGuffey – who already played with Chris, Nick and Paul in a cover band called Band of Brothers.  So it was an immediate and natural fit.  Now to find a vocalist that could handle the material.  After looking at a few different local singers Tony reached out to friend Elvin Rodriguez to see if he would be interested in auditioning for the band.  Elvin showed enthusiastic interest and agreed to audition at the 2016 Maryland Doom Festival.  After overwhelming response SPILLAGE chose Elvin to join the band as their new vocalist.  Elvin who had worked with Paul Crook of Meatloaf and Anthrax, Tracy G of Dio, Ray Luzier of Korn and Helmer.  SPILLAGE has been playing numerous live performances to include opening the 2017 Maryland Doom Festival and 2017’s Tour of the Doomed(along with sHeavy and Beelzefuzz) and have now  finished recording the second SPILLAGE record titled Blood Of Angels at Qumran Studios produced again by Doom Legend Bruce Franklin and engineered by Lothar “The Destroyer” Keller....while recording was in session during the summer of 2018... SPILLAGE signed a worldwide distribution deal with No Dust Records in conjunction with Qumran Records for the Blood Of Angels record....Worldwide release is set for January 11 2019