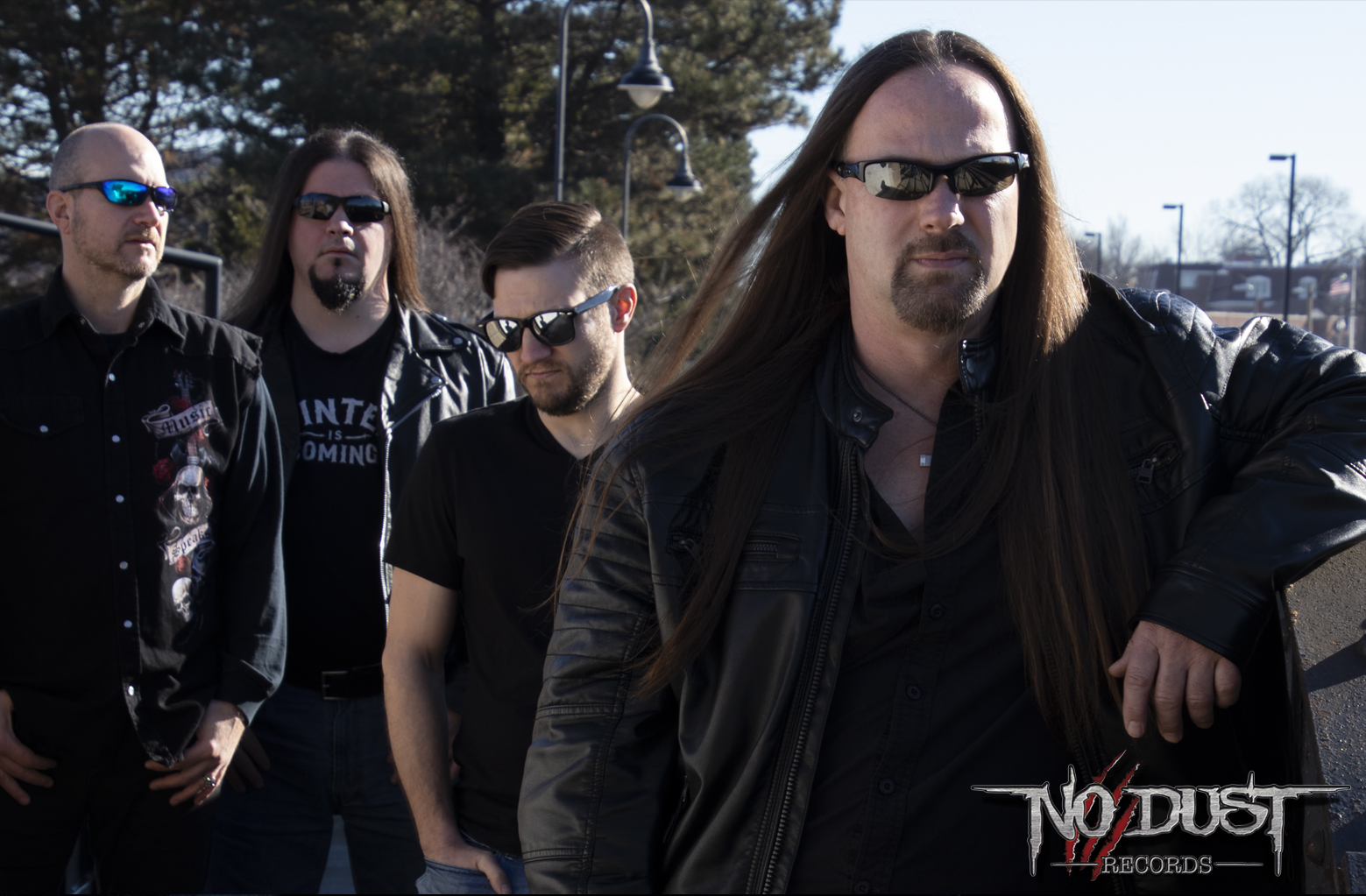 In January 2005, I received a phone call from a former bandmate, the drummer of Disciple 13, Joey Marvin, asking me what I was up to and if I was interested in getting the band back together.  A tad bit hesitant since Disciple 13 had split up in 1997 due to personal issues within the band, I was still willing to give it a try.  We enlisted Jesse Bagby as our bass player and we started discussing and thinking it may be a continuation of Disciple 13, but as there was another band by the same name, we started playing around with different ideas for band names.  Jesse’s father, Curt Bagby, suggested we look at a website called Band Name Generator.  I started typing in different starter names such as “Sacred” and “Night,” etc. …and came up with “Sacred Dawn.”  It sounded like something that was a good fit for us based on the sound we were going for, thus Sacred Dawn was born in 2005.

The majority of the songs being played and being written were predominately mine, but I attribute some of the writing to Michael Carpenter, a former member of Disciple 13.  Joey Marvin wrote the majority of the lyrics.  In November 2005, Sacred Dawn’s first album “Gears Of The Machine” was being recorded as a 3 piece band.  We played out often and after three months, in January 2006, John Vitale joined Sacred Dawn and we added his tracks to the record in progress.  The band worked very hard playing shows at least 3 to 5 times a month.  The first national gig Sacred Dawn landed was opening for Loudness in April 2006.  We basically were focused on pounding the pavement to get our name out there.  We also had the opportunity to play on MobFest 2006 and at the same time, mixed and released “Gears Of The Machine” under the Qumran Records label in June 2006.

Three months after the release, we had some member changes.  Jesse Bagby was in the band for about a year and when he left the band, we used fill in bass players for a few months.  The night of the MobFest 2006 show, Joey Marvin left and I met a bass player, Joey Vega.  We started auditioning drummers and found Brad Sabanthe.

Sacred Dawn played the very first Midwest Metal Anthem in August 2006.  We wanted to re-record “Gears Of The Machine” because of the new lineup and more experienced band.  We started from scratch, re-recorded and released “Gears Of The Machine:  A New Beginning” under Nightmare Records in March 2007.  We started hitting the show circuit again and received opening slots for Symphony X, Kamelot and Epica to name a few.  We also played Rocklahoma.  The band was going strong until 2008 when more changes needed to be made.  Due to personal issues and responsibilities, John Vitale and Brad Sabathe could no longer be fully committed to Sacred Dawn.  I reached out to Michael Carpenter who was living in Florida at the time and he moved to Chicago to join the band.  I received a call from friend, David Shankle about a drummer that he knew, Eddie Foltz who had played on Dave’s Ashes to Ashes album.  We auditioned Eddie and a year later upon introduction from Eddie, keyboard player, Brian Kim was hired.  At this time, Sacred Dawn’s second album, “A Madness Within,” was in progress and the keyboards were really an afterthought.  We continued to work on “A Madness Within” and through a collaboration of Qumran Records and DarkStar Records, the album was released in 2010.

We continued to play more shows and opened for Michael Schenker.  The opportunity to go on tour with Loudness for a month presented itself, as our friends in War Machine could not do the tour.  The individual personal lives and situations of band members made this tour not possible.  That was a hard blow for the band but mostly for me as I was invested both financially and emotionally.  The Skull offered me a spot in 2012 and I took it.

A rebirth of Sacred Dawn has started again due to a little nudging from girlfriend and impromptu personal manager, Rena Daniel who suggested the music needed to be heard again.  As such, we have recently played a few shows and are currently working on some new songs for a possible new record this year.  Sacred Dawn’s current line-up is me, John Vitale and Joey Vega and I somehow managed to snag Mike Mousel from Divinity Compromised to play drums.

Sacred Dawn is getting back to its roots – a power metal band with progressive elements.  A new song has been written and already demoed.  Europe will get to hear what we are working on prior to a new album release as No Dust Records with Qumran Records is currently doing a collaboration release of the single with two other tracks.  We are re-recording the song Demon Lover and we have another track called Sympathy which will be included and we expect to have it out by late Spring 2019.